Andy Warhol was the most Glamorous Figure of 20th Century American Art Born in Pennsylvania in 1928 to Czech parents. He lived most of his life in New York Much about his life was eccentric. He wore a silver wig, he liked to go to the dry cleaners and stand in the corner Enjoying the smells and sounds of the chemicals and cleaning machines. He loved Airports and used to go through airport security multiple times. Because he said: he found it Fascinating and Kind of Inspiring.

Andy Warhol’s great achievement was to develop a generous and helpful view of two major Forces in modern society Commerce and Celebrity. He spent most of his life as an International Celebrity but he was also very keen on business. There are four big ideas behind Andy Warhol’s work, which can teach us a more Inspired way of looking at the world and prompt us to build a better society.

We spend too much of our Life Wanting something Better and extraordinary. It’s normal to feel that the exciting things are not where we are Andy Warhol aims to remedy this by getting us to look again at things in everyday life he performed his magic most famously on soup cans. Putting them on the wall and looking at them helps us to see their beauty to notice. They’re appealing labels as strong but elegant forms Perfectly fitted to their uses, in the same spirit of redirecting our attention.

Andy Warhol made a video of himself eating a hamburger during the 1960s, Warhol groomed a retinue of bohemian and countercultural eccentrics to whom he gave the title superstars including Nice, Joe Dallesandro, Edie Sedgwick, Viva, Ultraviolet, Holly Woodlawn and Jackie Curtis and Candy Darling. Warhol understood that celebrities have an Important power.

They can distribute glamour and prestige. He thought that glamour needed to be redistributed in such a way that society could work better for example, he suggested that the president of the United States Could use his status to shift perceptions As he wrote, if the president would go Into a public bathroom in The Capitol and have the TV cameras film him cleaning the toilets and saying but why not?

Someone’s got to do it then that would do so much for the morale of people who do the wonderful job of keeping the toilets clean. He didn’t call his place in New York a studio, the prestigious term used by artists since the Renaissance to describe their place of work. Instead, he called it ‘The Factory’. We tend to feel that the idea of art and the idea of a factory don’t really mix, but Warhol’s point was that business and art actually do very much belong together.

As he wrote, being good in business is a fascinating kind of art during the hippie era, people put down the idea of business. They’d say money is bad and working is bad But making money is art and working Is art and good business is the best art. The lesson of the Factory is that we can organize ourselves to produce good things more reliably and cheaply. One example of this for Warhol Was Coke, he pointed out the wherever in the world you go.

Coke is always the same and is always quite nice art has generally not been able to live up to this idea of being good and widely distributed. Artists make a few things but only a few people ever get to own them Warhol tried to counteract this. One day, after reading that Picasso had made four thousand masterpieces in his lifetime Warhol set out to make 4,000 prints in one day as it turned out It took him one month to make 500 The lesson.

We can draw from Warhol is that mass production needs to apply beyond making prints and other kinds of high art. We need the organizing, commoditizing and branding powers of business to reliably produce and distribute the good things in life, like high-quality child care, psychotherapy, career advice and beautiful architecture, Just to start the list Most art doesn’t have much of an impact on the world.

But Warhol was extremely keen on large-scale impact, he mastered many genres from drawing, painting, and printing to photography audio recording, sculpture, and theatre, he started a magazine, designed clothes, managed a band, made 60 films and had plans to start his own TV chat show. Warhol was able to extend his work into different channels partly.

Because of his populism being a populist meant that he was unafraid to reach people where they started the chat show is a quintessential populist medium. Because it Plays – What Masses of People find Funny and Interesting Warhol was a populist out of Generosity. He Wanted to translate the things. He cared about like Sensitivity A love of Glamour and Spectacle and Playfulness Into Objects and Experiences That Could Touch Many People.

The Only Pity is that he never quite finished what he, did he could have founded his Planned TV Chat Show then gone On in Ever Broader and Broader Partnerships to start a fashion Label Designer Hotel. Maybe a financial advisory service a Supermarket Chain Or an Airport This is the Task Still open To people, who, Had Drawn to Art but, also want to change the World Andy Warhol Died in 1987.

When he was Only 58 after Complications following routine Gallbladder Surgery in a New York Hospital. He is buried at a small Cemetery near where he was Born in Bethel Park Pennsylvania. His example Is Still an Invitation to us to change the world in A mass Populist way through art ‘My Name is Andy Warhol and I just Finished Eating a hamburger. 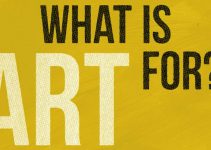